You are here: Home / Getting started / How Beauty Entrepreneurs Can Use the Blue Ocean Strategy to Eliminate the Competition

Picture the ocean – vast, uncharted, and full of potential. This is the market. Now, divide the ocean into two categories – uncharted blue ocean and bloody red ocean.

Red Oceans are all of the industries that already exist. Every current niche and product. These oceans are red because they’re bloody from all the competition. They’re teeming with sharks competing on things like price, features, benefits, etc.

As a Beauty Entrepreneur, you want to swim in a Blue Ocean – aka you want to operate entirely outside of the competition. Suppose you sell a skincare product in a Blue Ocean. In that case, it won’t matter that everyone and their sister is selling a similar product because your point of differentiation is so far outside of the common areas of competition that you won’t have any direct competitors.

How to Build a Blue Ocean

The four primary ways to create a blue ocean are to raise, reduce, eliminate, and create.

Raise: Raise the standard for some aspect of the product or industry so far above the competition that others can’t keep up. An example of this is when Apple released the iPhone in 2007. It was so far ahead of the competition (with the first touchscreen phone) that Apple was able to thrive on the technology for nearly a decade.

Reduce: Reduce some element of a given niche or product. Environmentally savvy brands do this regularly, striving to reduce their carbon emissions, use of plastic, and overall impact on the planet. SkinnyGirl created a Blue Ocean by significantly reducing the calories in alcohol in their Skinny Cocktails and Skinny Wine collections.

Create: Create a new niche, feature, or an entirely new industry. In 2001 when Napster launched their music streaming service, they created a Blue Ocean with a new industry. And even though Napster was subsequently taken down, it changed the face of the music industry for good and paved the way for Spotify and Apple Music.

Eliminate: Eliminate some component(s) of the industry to either streamline processes or be more attractive to consumers. Tesla does this exceptionally well by bypassing traditional sales models and selling directly to consumers. By avoiding dealerships and other middlemen, Tesla can better control their sales funnels and manufacturing times.

However you choose to create a Blue Ocean strategy, be careful not to get too comfortable. Eventually, the competition will catch up – as was the case with Apple. After coasting on the iPhone’s success for nearly a decade, they stopped being the most cutting-edge brand. Apple is still competitive, but they’re no longer in a Blue Ocean. It’s bloody and red like the rest of the industry.

Want to create a Blue Ocean for yourself? Join me in the Beauty Brand Inner Circle and Mastermind. Your email is safe with us! 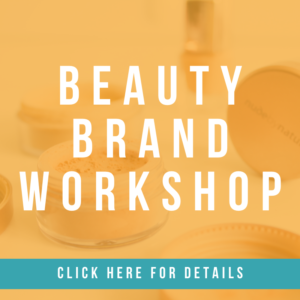 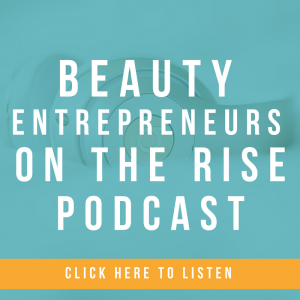